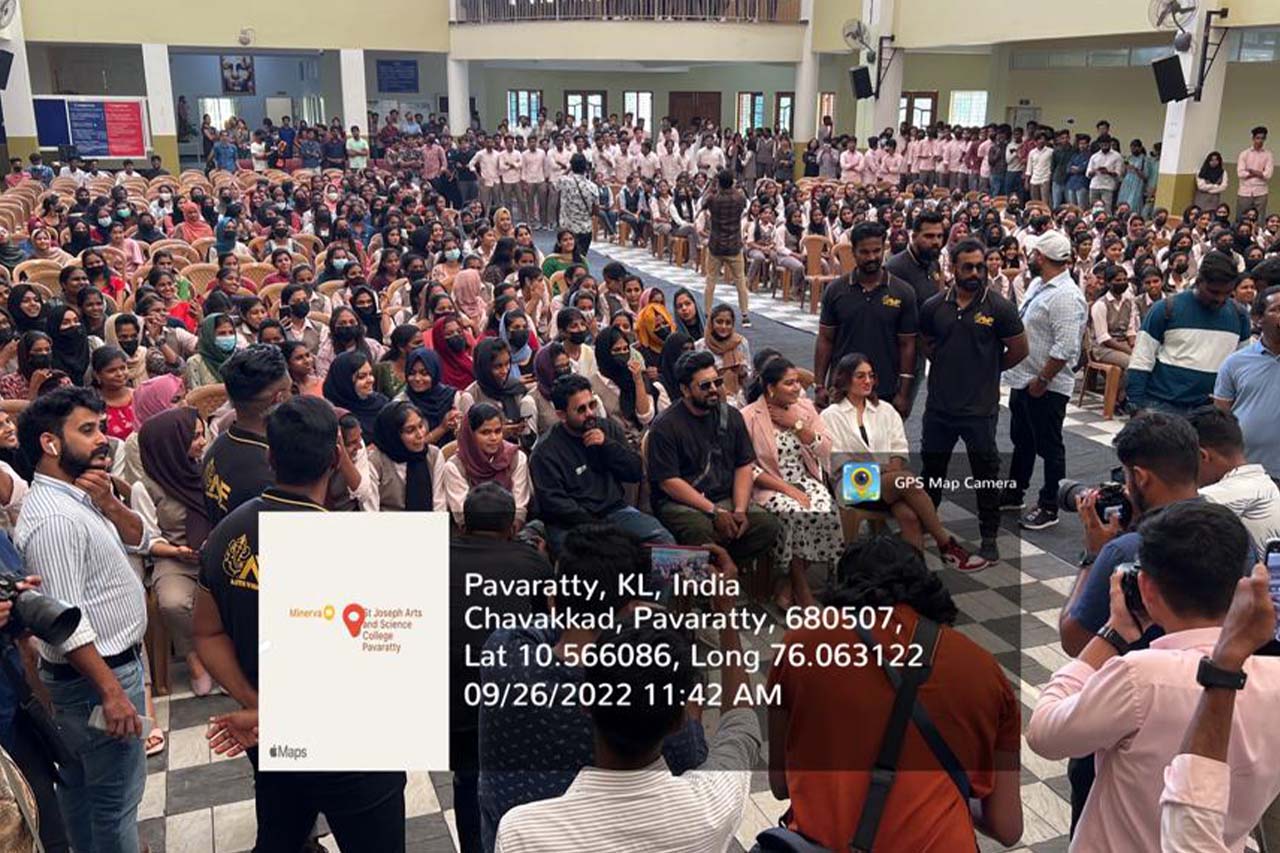 ‘Saturday Night’ is an upcoming Malayalam movie which is soon going to hit the big screens. The cast and crew along with club FM members visited St Joseph’s Arts and Science College, Pavaratty for their film’s promotion. They received a grand welcome from the students in the college. The lead actors interacted with the students, and asked everyone to watch the film. The promotional event saw a large crowd from college. Along with Nivin Pauly, the film stars, Saniya Iyappan, Grace Antony and Aju Varghese visited the campus. ‘Saturday Night’ is directed by Roshan Andrews and the film is scheduled for release on September 30 2022.

Admission Started for Plus One